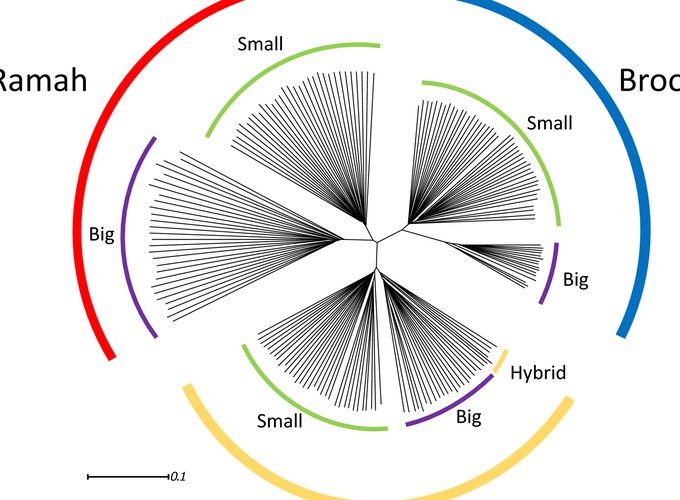 The genetic underpinnings of incipient speciation, including the genomic mechanisms which contribute to morphological and ecological differentiation and reproductive isolation, remain poorly understood. The repeated evolution of consistently, phenotypically distinct morphs of Arctic Charr (Salvelinus alpinus) within the Quaternary period offer an ideal model to study the repeatability of evolution at the genomic level. Sympatric morphs of Arctic Charr are found across this species’ circumpolar distribution. However, the specific genetic mechanisms driving this morph differentiation are largely unknown despite the cultural and economic importance of the anadromous morph. We used a newly designed 87k SNP chip to investigate the character and consistency of the genomic differences among sympatric morphs within three recently deglaciated and geographically proximate lakes in Labrador, Canada. We found genetically distinct small and large morph Arctic Charr in all three lakes consistent with resident and anadromous morphs, respectively. A degree of reproductive isolation among sympatric morphs is likely given genome-wide distributions of outlier SNPs and high genome-wide FSTs. Across all lakes, outlier SNPs were largely nonoverlapping suggesting a lack of genetic parallelism driving morph differentiation. Alternatively, several genes and paralogous copies of the same gene consistently differentiated morphs across multiple lakes suggesting their importance to the manifestation of morphs. Our results confirm the utility of Arctic Charr as a model for investigating the predictability of evolution and support the importance of both genetic parallelism and nonparallelism to the incipient speciation of Arctic Charr morphs.